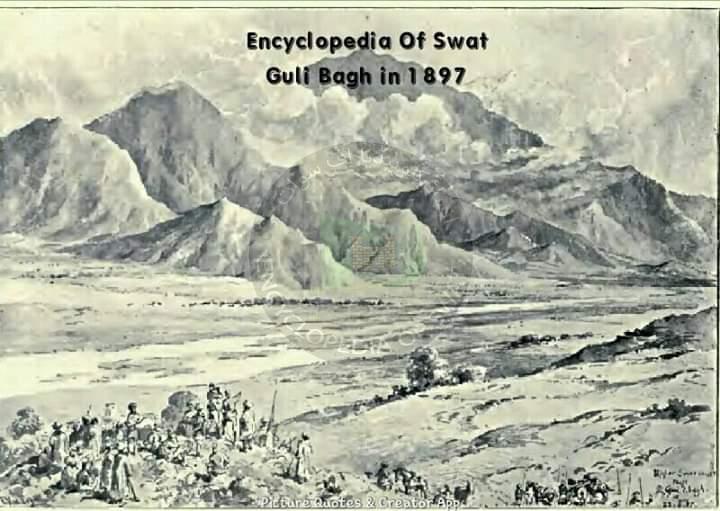 The Malakand Expedition of 1897 is an important episode of history of Swat and its surrounding areas. This triumph was unsuccessful due to a number of reasons. The British forces in retaliation entered Swat inorder to pursue their punitive expedition and stayed in Swat for less than a week. A number of British writers has covered this event in their writings. An excerpt from such writing is given here:

“The spur above Gal-i-Bagh (Swat) was the farthest point reached by the cavalry (British Cavalry) on the 21st (of August 1897) , and the most distant point in the Swat Valley visited during the expedition. No opposition of any kind was experienced, and at Gul-i-Bagh, the villagers came out and voluntarily offered to surrender their arms and standards. These latter were taken back with us, but we could not convey the arms, so the people were told to bring them into Mingaora. A reservist of the Guides was found living in the village. The stout gentleman with the thick legs in the sketch acted as our guide on this day. He declared he was eighty years old, and had been at Delhi with Nicholson! whether this were true or not, 11e certainly spoke excellent Hindustani. A thunderstorm, which swept across from the hills on the opposite side of the river, caught us and drenched us thoroughly. We got a view of the snows of Kohistan, which was very fine. It was hoped that we should not have to retrace our steps over the Shamli Pass, but our patrols reported that there was absolutely no track round by the river bed, so there was nothing for it but to face the pass once more ; so the trying scramble among boulders and ravines was gone through again, and we eventually reached camp without further mishap than the loss of many horseshoes  and a few rolls and tumbles among the rocks.” 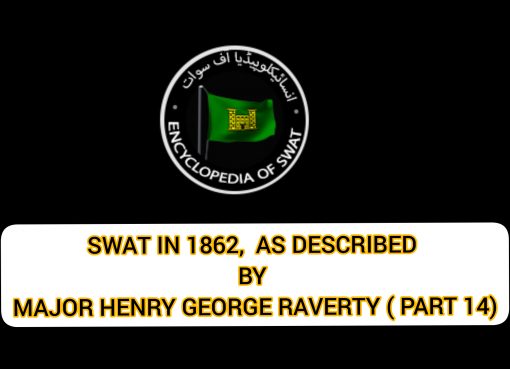 SWAT IN THE YEAR 1862, AS DESCRIBED BY MAJOR HENRY GEORGE RAVERTY (PART 14) 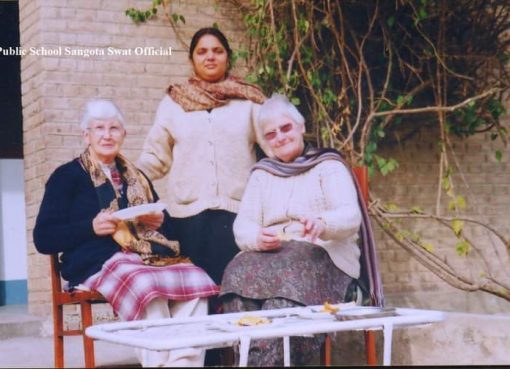 These days the ‘Sangotians’ are posting almost daily about their Alma Mater, its Missionary Staff, the Sisters and Mother Superior and last but not the least, its founder Miangul Jahanzeb, the Ruler o
Read More 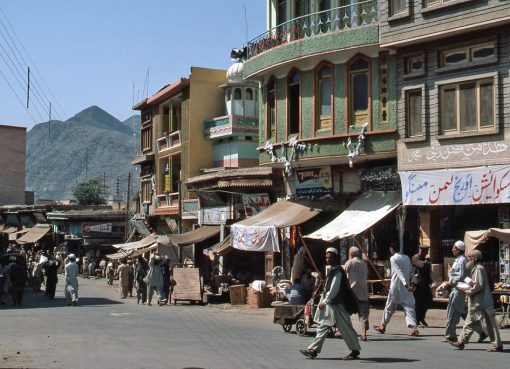