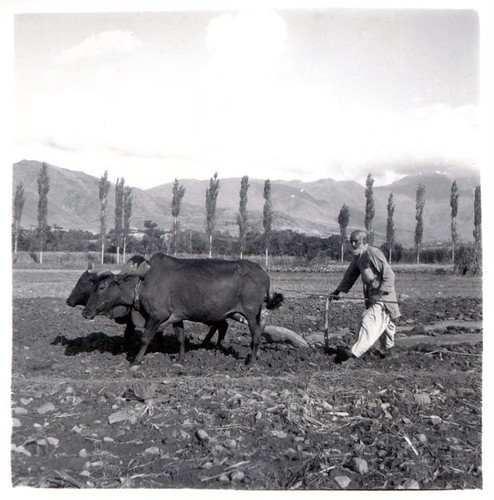 Military Report on Dir , Swat and Bajour (First Edition) was compiled by the Intelligence Branch , Division of the Chief of Staff, India, Shimla, in the year 1906. This report was compiled by Major A.C.M, Waterfield, M.V.O., D.A.Q.M.G. Further it covered the geography, communications, climates, resources, ethnography, history, administration, military and political aspects of Dir, Swat and Bajour areas. Those parts which are related to Swat are produced here for the interest of readers. Part 4 of this series is given below relating to the climatic condition of Swat in early twentieth century.

“Owing to the lower portion of the Swat valley being about 2,000 feet above sea level, the hot weather sets in later and lasts a shorter time than in the plains of the Peshawar valley. The heat during the summer from the beginning of May to the end of September is often most oppressive as the mountains prevent the free circulation of air. The frequent storms which burst over the hills during this period only serve to make the atmosphere more steamy. There is no regular rainy season after the hot weather, though thunderstorms are of frequent occurrence. The Swat valley is unhealthy in summer and autumn owing to the extensive surface under rice cultivation when malarial and other fevers are prevalent. The winter in Lower Swat is less severe than in the Peshawar plains. Should it on any future occasion be again found to be necessary to keep British troops in the country during the summer months…Utrot (Utror) in Swat Kohistan, which has an altitude of 7.300 feet and ample space and water, would make an excellent hill station dominating both Upper Swat and Panjkora Kohistan.

Both Upper and Lower Swat are extensively cultivated. A large area of land is irrigated and devoted to rice cultivation. The upper lands bear rich crops of wheat and barley in spring and of maize in autumn. The spring crop of ‘Khasil’, affording excellent fodder for animals, is procurable from 15th March to 15th June, the crop ripening earlier in the lower valleys and later in the higher ones. By the end of June there is abundant grass provided there is labour to cut and bring it in; no grass is stored by the inhabitants. The best months to cut and store the grass are October and November. The villages of Thana and Mingaora are the most important trading centres. The chief exports are ghi, timber, wheat, and barley. The imports are salt, sugar, and cotton goods. The latent resources of Upper Swat in corn and timber are very great. The Political Agent which visiting this country in May 1905 reported that the valley upto Charbagh, and as far as could be seen with glasses towards Kohistan, appeared to one continuous expanse of wheat and barley, and that the great forests visible above Charbagh should, if worked systematically, prove a valuable timber supply.

In Swat Kohistan , the area under cultivation is comparatively much smaller than in Swat proper. The same cereals, with the exception of rice, are grown as in Swat proper. The most important products are ghi and cattle. The Torwals and Gawhwis breed a hardy stamp of hill pony. There are extensive forests of deodar in Swat Kohistan, the wood of which is cut and floated down the Swat river during the summer flood into the Kabul river in the Peshawar valley where it finds a good market.” 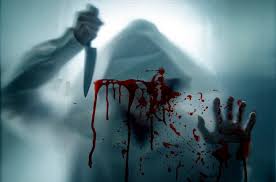 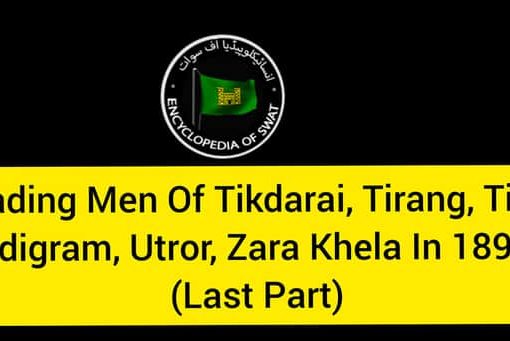 TANGO: Tango (in 1895) was a village of 20 houses, situated in Upper Swat. It is situated on the left bank of the Harnawai stream. The inhabitants belonged to the Shamizai section of Khwazazais. TIKDA
Read More 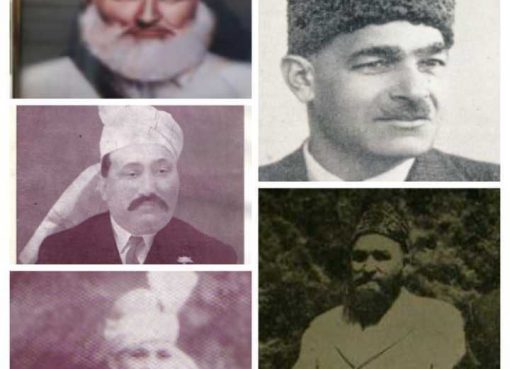