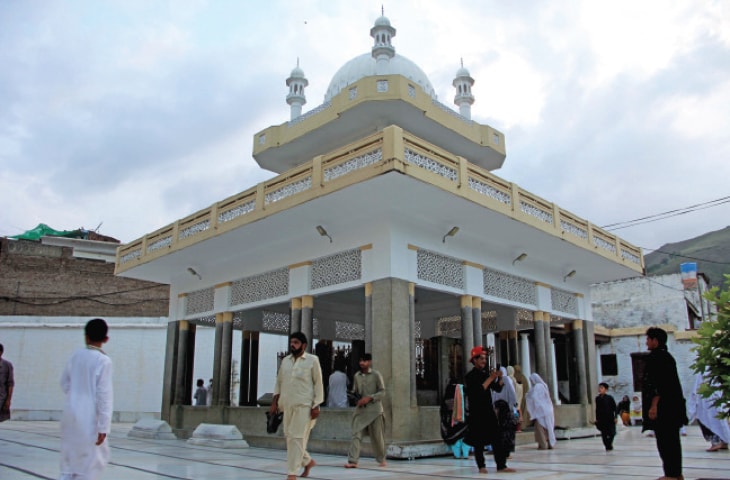 Military Report on Dir , Swat and Bajour (First Edition) was compiled by the Intelligence Branch, Division of the Chief of Staff, India, Shimla, in the year 1906. This report was compiled by Major A.C.M, Waterfield, M.V.O., D.A.Q.M.G. Further it covered the geography, communications, climates, resources, ethnography, history, administration, military and political aspects of Dir, Swat and Bajour areas. Those parts which are related to Swat are produced here for the interest of readers. Part 7 of this series is given below that sheds light on the situation of Swat during Sikh rule and the nomination of Sayyid Akbar Shah as ruler of Swat in 1849.

During the following centuries (17th and 18th centuries) the tribes were left much to themselves but were obliged to submit to Aurangzeb who sent expeditions against them. Nadir Shah seized the Moghal throne at the beginning of the century (18th Century) and led a force in person against the Yusufzais, south of Buner. On the death of Nadir Shah the Sadozai Duranis came into power, to whom the tribes paid tribute regularly. Afterwards the Sadozais were followed by the Barakzai dynasty.

The Sikhs had by this time reached Attock, and were encroaching on the trans-Indus century. In 1823 the Yusufzais among the other tribes joined the Barakzais in opposing the Sikhs. The Sikhs were victorious and Ranjit Singh entered Peshawar. In 1829, the notorious Mir Said Ahmed Shah of Bareilly, the founder of the sect of Hindustani fanatics (Mujahidin), who still exist in Indus Kohistan appeared on the scene. He made a combined attempt with the Durani Sardars of Peshawar to eject the Sikhs which failed. Ahmed Shah Bareilly fled to Swat and later to Buner, from thence he was hunted to Hazara where he was killed by the Sikhs at the village of Balakot in I831. In 1831 Abdul Ghafur, the Akhund of Swat (Saidu Baba) a religious leader of great fame and influence,  joined the Amir Dost Mohammed Khan against the Sikhs, but on Dost Mohammed’s defeat he was forced to retire into Swat, finally settling at Saidu in Upper Swat. In 1837 Dost Mohammed again tried conclusions with the Sikhs and was assisted by levies from Bajaur. In 1841 the Afghan war broke out, and in 1842 a contingent from Bajaur under Faiz Talab Khan fought against us (British) at Jalalabad. In 1847 Major George Lawrence came to administer the Peshawar valleys on behalf of the Sikhs and soon began to experience trouble from the Yusufzais on the border of Swat.

The Punjab was formally annexed in I 849 and British rule was established in Peshawar. The Yusufzais and Utman Khels, according to their custom, committed a series of raids and robberies within our border. Swat also became a harbour of refuge for outlaws and refugees from British territory and was, moreover, constantly urging the Pathans in our territory  to rise and set our authority at defiance. The Utman Khels living in British Baezai refused to pay revenue. An example became necessary; accordingly in December 1849 a force under Colonel Bradshaw, moved against the villages at the foot of the Shahkot and Morah passes. The inhabitants of Thana and Lower Swat, to the extent of 5,000 to 6,000 came to the assistance of their kinsmen. The enemy numbered in all from 10,000 to 12,000 men. The operations were entirely successful. The enemy were driven from their positions across the border with great loss, their villages were destroyed and large quantities of grain were taken. Our loss was 3 killed and 22 wounded. It was afterwards ascertained that the combination of tribes against us was very large and that reinforcements, which did not arrive in time, were on their way from Bajaur and Dir.

At this period the influence of the Akhund (Saidu Baba) was very great but his attitude was not aggressively hostile to Government. He impressed on the tribes the strength of the British power and urged that their only chance of resisting this formidable power lay in unity under a single leader. The Akhund put forward Said Akbar (Sayyid Akbar Shah of Sithana), a descendant of the famous Pir Baba whose grave in Buner is one of the most holy shrines in the country to this day, as a candidate. Said Akbar came to be known as the Badshah or king of Swat. 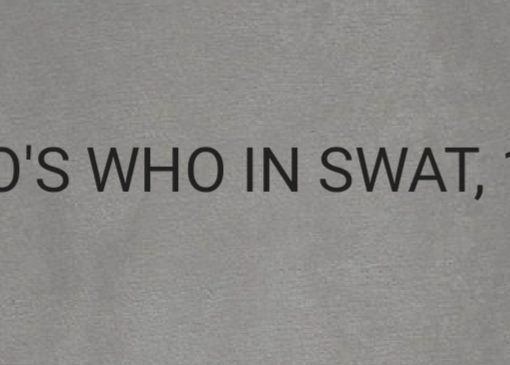 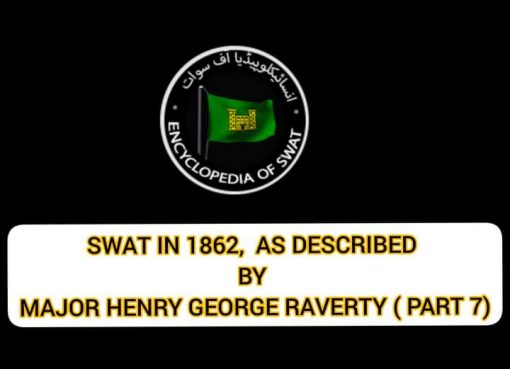