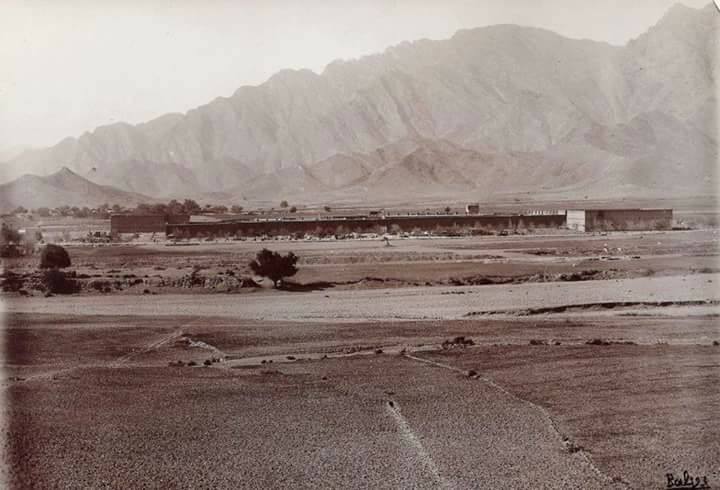 Military Report on Dir , Swat and Bajour (First Edition) was compiled by the Intelligence Branch, Division of the Chief of Staff, India, Shimla, in the year 1906. This report was compiled by Major A.C.M, Waterfield, M.V.O., D.A.Q.M.G. Further it covered the geography, communications, climates, resources, ethnography, history, administration, military and political aspects of Dir, Swat and Bajour areas. Those parts which are related to Swat are produced here for the interest of readers. Part 9 of this series is given below. This part deals with the events prior to the famous Malakand Expedition of 1897.

…Muhammad Sharif Khan, the Khan of Dir, who was up to now had been a refugee in Mingaora in Upper Swat, had come in to the Political Officer at Dargai on the 2nd April (1895) and expressed his desire to assist Government, his object being of course to recover his lost possessions. On the 5th April he crossed the Swat river to raise his own clans on our behalf against Umara Khan who about this date was reliably reported to have returned to Barwa from Kila Drosh. It was also known that he had two British officers prisoners and that he had left his main force in Chitral…A trestle bridge had been completed over the Swat river at Chakdara on the 15th April. On the 4th May a pontoon bridge, capable of bearing wheeled traffic, was thrown across the river, and on the 8th June a suspension bridge across the river was completed, on the 26th June the trestle bridge finally collapsed owing to the floods…Arrangements were made with the Khan of Dir for the maintenance of an open road to Chitral in return for Rs. 10,00 per annum. The road was to be protected by Khan’s levies , the cost of which would be defrayed by Government. Rs. 1,000 per mensem was to be paid as a postal subsidy and in consideration for a further sum of Rs. 10,000 per annum, the Khan of Dir agreed to forego all tolls and taxes on trade passing from Ashreth to Chakdara. The Khan Khels of Thana and the Ranizai Khans and Maliks also agreed to forego all tolls on trade passing through their country from the sum of Rs. 10,000 per annum… A political agency of Dir and Swat was instituted with head-quarters at Malakand (1895). The opposition which we had encountered in the Swat valley was mainly due to the evil influence of religious classes, but while our troops were in Dir and Jandul there was no organized fighting, though there is very little doubt that the situation was often critical, and that a very little would have caused a general rising of the whole of the Bajaur tribes and Utman Khels and probably the Mohmands also. The Hadda Mullah was doing his best to induce the tribes against us, and the Amir and his officials were working against us…Trade along the route way largely increasing and the attitude of the people of Lower Swat was entirely satisfactory…During the early part of the year (1897) affairs continued to progress as satisfactorily as could be expected, and it looked as if the country was about to settle down to an era of peace. In Lower Swat, the Khans of Thana, Alladand and Pali, who have grown rich and prosperous, began committing acts of oppression against their weaker neighbors…In June the feeling between the Khan of Dir, whose ambition had been for a long time to extend his influence over Upper Swat, and the Mianguls had become very strained. The Mianguls were likely to cause trouble in Upper Swat by raising the clans against the Khan and incidentally against us. The extension of the Khan’s influence in this direction had until now not been encouraged by us; it was now, however, deemed advisable to let him try what he could do with the clans on the right bank…Early in July full jirgas from Upper Swat, which since our occupation of Lower Swat had never come in, came to Chakdara to lay their grievances before the Political Agent and requested him to settle matters for the future between them and the Khan of Dir. Their tone was distinctly friendly and they all expressed a desire to share that peace enjoyed by those who were brought into more direct contact with us. The power of the Mianguls, trading in the old Akhund’s name, was broken; the Khan of Dir had established his authority over the tribes on the right bank of the river and the tribes concerned were outwardly pleased with the arrangement. Seldom since our dealings with this country began had the people appeared more content and the prospects of peace and quiet more hopeful. The unrest which for some time previously had been apparent throughout the country had, it seemed, disappeared for a time. That unrest, as knowledge subsequently obtained has shown us, was due to the efforts made by the religious leaders of the country, the Hadda Mullah, the Mianguls and others, to bring about a combined and simultaneous rising of the trans border tribes during the Chitral relief… 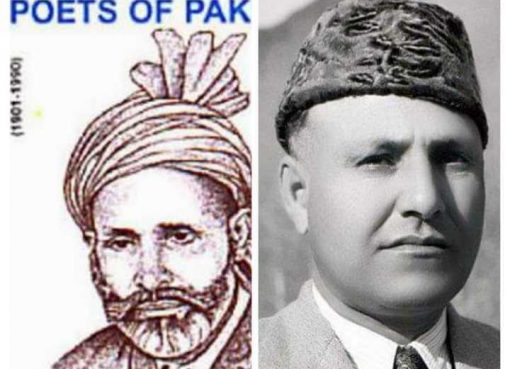 Samandar Khan alias Samandar was a renowned Pashto poet. He was born in village Badrashee, Nowshera in January 1901.  His famous works include a book ‘Da Quran Jarha’. This book was published with the
Read More 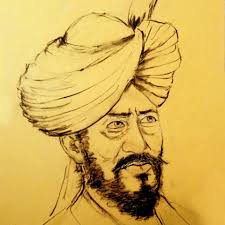 ARRIVAL OF YUSUFZAI’S IN SWAT

The histories of Dir, Swat, Bajaur, and Utman Khel are so inextricably intermingled that it has been found impossible to treat them separately. The first historical mention of these countries is made
Read More 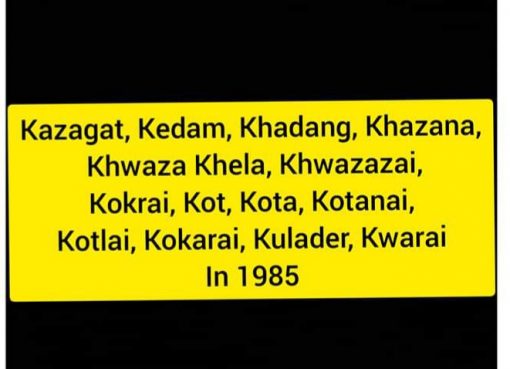 KAZAGHAT (Now Fizagat): Fizagat is a place on the road between Manglaor and Mingora on the left bank of the Swat River. It was a difficult part of the road between the river and cliffs. An alternative
Read More