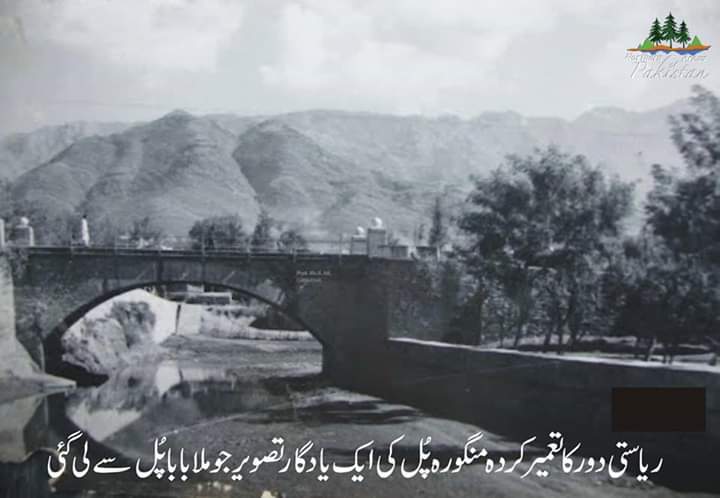 A have previously elucidated the evolution of this very important state organ. When I joined it in 1961, there was not a single qualified official with technical education. The Road Engineer was the brother of the Chief Secretary (Attaullah), who claimed to have a Diploma in Civil Engineering. On the building side, we were six men but all were unqualified for the job we were doing, including our boss. Even then the performance of State P.W.D was for better than the corresponding Pak-P.W.D. Wali sahib gave the Department more time and more attention and termed it as his own department. When someone suggested that the senior staff member should be designated as State Chief Engineer, he did not agreed and said that he himself was the Chief of State P.W.D. As for the procedures, we had our own specifications developed with the experience of the past years of working. Plans of schools, hospitals of various categories, Dispensaries, Residential Quarters and banglaws, tehsil courts including mosques in each tehsil were standardized and approved by the Ruler himself. Residential accommodations were categorized as Class A, Class B, Class C and Class D.

Each member of State P.W.D was supposed to know by heart the rates and specifications of each item of work. The rates were calculated on prevailing market rates of materials, labour and contractor’s margin. The essential cost were worked out on the rates known as ‘Narkh Nama’ State P.W.D Swat. These were written on a large sheet of paper, framed with wood and glass, hanging on the wall of the main room, office of the State P.W.D.

The analysis were realistic, showing quantity of each material used in an item of work. For example rate of 100 CFT of brick masonry based on number of bricks, quantity of cement, sand, mason and labour working hours and wages, scaffolding , curing etc were properly calculated and displayed in the Schedule of Rates or ‘Narkh Nama’. Wali Sahib was so much particular about each item that we  collected samples from all the Brick Kilns in Swat and calculated how much bricks of each Kilns  were required per 100 CFT. After this, he approved the kilns for maintaining the quality and size of the brick.

Now for the specifications, we did not have the need to work out foundation on C.B.R (California Bearing Ratio), which is a penetration test used to evaluate the sub-grade strength of roads and pavements. We determined the depth of foundation on practical study of the area. We used to lay lime and aggregate one foot to two feet thick in the foundation and then laid stone masonry or brick work. The height of the plinth were decided accordingly to the site. The D.P.C was laid on plinth level, having two parallel steel bars and cement concrete at the ratio of 1: 1 ½: 3. Brick masonry was done with 1:6 ratio. Roof slabs were two way R.B.C and needed no roof tiles. Wood work joining was 1st class Dewdar where available, if not then Fir and Kial were used.

Trusses for C.G.I roofs were made of ‘Peoch’ and 24 gauge of sheets were used in roof. We had more durable performance and our building prove it. In 1967, Wali Sahib inducted two qualified Degree holders engineers in Stat P.W.D, one Mr. Sher Ali Khan of Jambil in Roads and Mr. Khurshid Ali Khan of Ghalegay in building sections, designated as Asstt: Engineers. The both later retired from provincial service as directors in B.P.S 19.

My first day at Saidu was used, apart from plentiful writing work, for a visit prescribed both by interest and local etiquette to the shrine of the great Akhund, the Badshah's holy grandfather. His to
Read More