SHINR (Shin): Shin (in 1895) comprised of villages, known as Bar Shin and Sam Shin, of the Jinki Khel section of the Bar Sulizai Baezais. It contained some 200 houses of the Mandan Khel clan. These were the lowest villages of the Jinki Khel ‘tappa’. Malaks of Shin in 1895 were Abdul Rahman Khan and Abdul Rahim Khan.

SHOR (Shawar): Shawar (in 1895) consisted of two villages, Bar Shawar and Kuz Shawar and situated close to the junction of the Shawar stream with the Harnawai. These villages contained sixty and forty houses respectively. The inhabitants belonged to the Sebujni section of Khwazazais.

SIJBANR: Sijbanr was a village belonging to the Sebujni section of Khwazazais and is situated on the right bank of the Harnawai stream. It is not far from the Biakand pass  which leads to the Shamozai Tappa.

SINDPURA (Sinpora): Sinpora (in 1895) comprised of eighty houses situated on the left bank of the Harnawai stream in Upper Swat and in the west side of valley. The inhabitants belonged to the Shamizai section of the Khwazazais.

SORBAN: Sorban was a hamlet of 15 houses of  Miangans (in Bami Khel ‘tappa’ in Upper Swat).

SPALBANDAI (Spal Bandai): Spal Bandai was a village of 80 houses of  Miangans,  situated in a valley in the Aba Khel (Babuzai) section of Baezais and on the road to the Jowarai pass which leads to Buner.  The inhabitants are the descendants of the Akhund Darweza. Water source was a stream.

SULIZAI (BAR): It is a name by which three sections of the Baezai tribe are known. The sections are as follows (In order from south to north). Maturizai, Azi Khel, Jinki Khel. They (in 1895) occupied the north end of Swat on the left bank of River Swat to the limits of Kohistan. To the south their territory extended as far as the Bami Khel (Babuzai) section of Baezais.

SULIZAI (Kuz): The name is given collectively to the following three sections of the Baezai tribe. Khan Khel, Musa Khel and Aba Khel. They (in 1895) occupied the left bank of the Swat River from Thana to Manyar.

SURGALI OR SUIGALAI (Swegalai): Swegalai was a ‘faqir’ settlement on the west side of the Nikpi Khel valley. It consisted of about 20 houses, situated about a mile below road to Upper Swat and at the eastern exit of the pass of the same name. It was dependent on the village of Parlai and belonged to the Aba Khel, Nikpi Khels.

SURGALAI OR SUIGALAI PASS –ELEV 4.313′: Swegalai pass led from the Shamozai valley into the of Nikpi Khel. The ‘kotal’ formed the boundary  between the two sections. The road into Upper Swat, right bank passed by this pass which was about ten miles from Chakdara. The road was then considered quite practicable for mules at that time. It was also known as the Shamozai Kotal.

TAGHMA: Taghma (in 1895) was a small village in Upper Swat on the bank of the Nikpi Khel stream. It belonged to the Aba Khels.

TAL (Taal): Taal (in 1895) was a village of 30 houses in Upper Swat, on the left bank of the Nikpi Khel stream above Deolai. The inhabitants belonged to the Aba Khel branch of the Nikpi Khels.

TALANG: Talang was a hamlet of 10 houses, situated near the hills in the Musa Khel ‘tappa’ on the left bank of the Swat River. It contained the servants and tenants belonging to the village Kota.

Gazetteer of Districts Adjoining the routes followed by Chitral Relief Force 1895’, Included As Part II with the title, ‘Gazetteer of Topographical and Ethnographical Information’, In ‘The ‘Military Report on Dir, Swat and Bajour’, (First Edition), Intelligence Branch , Division of the Chief of Staff, India, Shimla (1906), Pages 174-184. 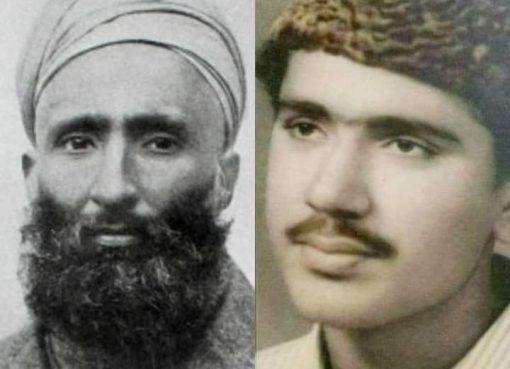 At this time the Swat tribes were engaged in one of their periodical attempts to free the right bank of their valley from the yoke of the Nawab of Dir, and in order to bring about the union necessary
Read More 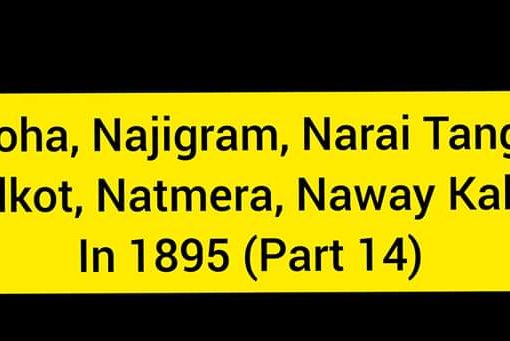 NAGOWA [Nagoha]: Nagowa in 1895 was a village of sixty houses. It is situated on the right bank of the Swat River in the Nikpi Khel area. Nagoha at that time belonged to the village of Ghalegai on the
Read More 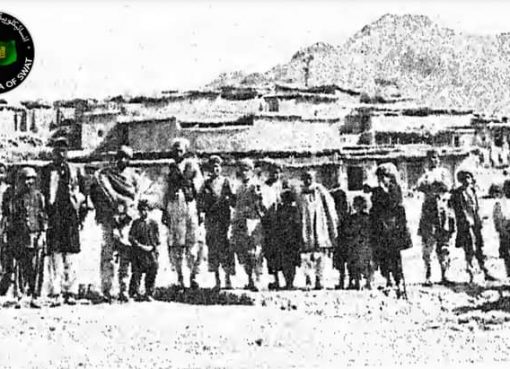