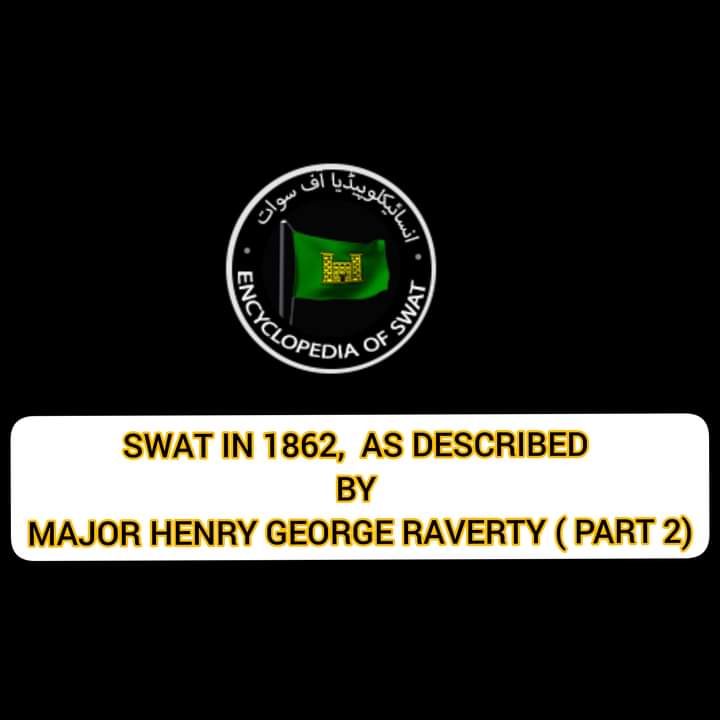 Major Henry George Raverty’s brief work with the title, ‘An account of Upper and Lower Suwat, and the Kohistan, to the source of the Suwat River; with an account of the tribes inhabiting those valleys’  was published in the Journal of the Asiatic Society of Bengal  (Volume XXXI, No.I. To V. 1862) Calcutta in the year 1862.  That work of Major Raverty is produced here on this website for the interest of the readers and research scholars. Raverty wrote: (PART 2)

“On the 17th August, we proceeded by the way of the mountain of Chicharr, and the village of Kattlang, which I visited with you when the 3rd Bombay N.I. was here with Colonel Bradshaw’s force, in December, 1849. We halted at the village of Kuhai, a short distance in advance for the night’ and the KHAN SAHIB sent the Malik, or head man of the village, to ask his advice as to our entering Suwat, which, as you are well aware, is difficult at all times, but more particularly so for one, like myself, who am a Mughal, not an Afghan. Malik Muhammad Alai said, that the matter would not be a very difficult one, if Amir Ullah Khan, chief of Pala’i should consent to allow us to proceed by that route, otherwise it would be very difficult indeed. At length it was determined, that in the first place, Muhammad Aali, should go to Amir Ullah Khan, and speak to him on the subject; and in case he should agree to receive us, to bring us his reply accordingly. He set out; and in due course brought us a reply from the chief of Pala’i to the effect  that at the present time, there was continual skirmishing going on between himself and Khurasan Khan of Shir-Khana’i and Zor-mandda’i , two villages higher up the valley. You will doubtless recollect also, that these were the self same villages which were burnt by the force under Colonel Brad-shaw before referred to ; and it was on the hills, to the north of thee villages, that the large forces of Afghans were assembled on that memorable night when you commanded the outlying Picket of the 3rd Regiment, when you hear the Afghans in front – to get a sight of whom you had gone in advance of your centries, with a simple sepoy – exclaiming in Pushto, that “all the Farangi dogs were asleep,” and that it was a favourable time to come on, not knowing that a hot reception was awaiting them. To return, however, to the message from the Pala’i chief , he said, that in consequence of the disagreement between himself and Khurasan Khan, there were also disturbances at Tarrnah, the chief town of this part of Suwat, to the Khans, or chiefs of which they were both related, and who were, themselves, at enmity with each other; and on that account he considered our going into Suwat, at present a very difficult matter. This message, however, did not satisfy the KHAN SAHIB; and Muhammad Ali was again sent to the Palai chief, Amir Ullah Khan, with another message, to the effect that “This feud between yourselves will take a long time to settle amicably; and as you are all of on family, if you do not hinder my going, the other party will throw no obstacle in my way.” Amir-ullah replied, that he would conduct us, and be answerable for our safety with his boundary; but he would not be responsible for any injury we might sustain at the hands of Khurasan Khan, the Shir-khana’i chief. The KHAN SAHIB accepted these terms; and, next morning, we set out by way of the village of Ghazi Baba; and in the evening, before dark, reached Pala’i in safety. We found the Pala’i people, with their loins girded, sitting in their sangars or breast works, and occupying the roads, and paths by which the enemy from Shir-khana’i and Zor-mandda’i might come upon them.  Some of the men too had advanced a short distance from the village, and had placed themselves in ambush amongst the fields, in order to fall upon any of the Zor-mandda’i people who might venture out of their strong-hold.”

‘An account of Upper and Lower Suwat, and the Kohistan, to the source of the Suwat River; with an account of the tribes inhabiting those valleys’  was published in the Journal of the Asiatic Society of Bengal  (Volume XXXI, No.I. To V. 1862) Calcutta, pages 228-229. 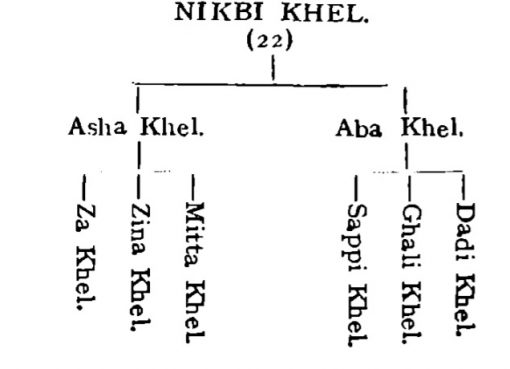 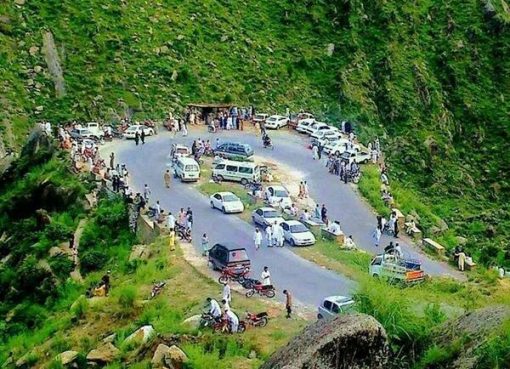 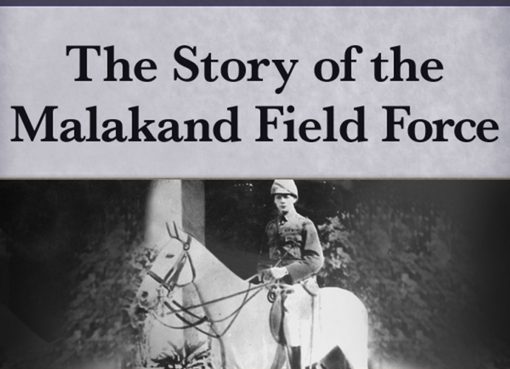