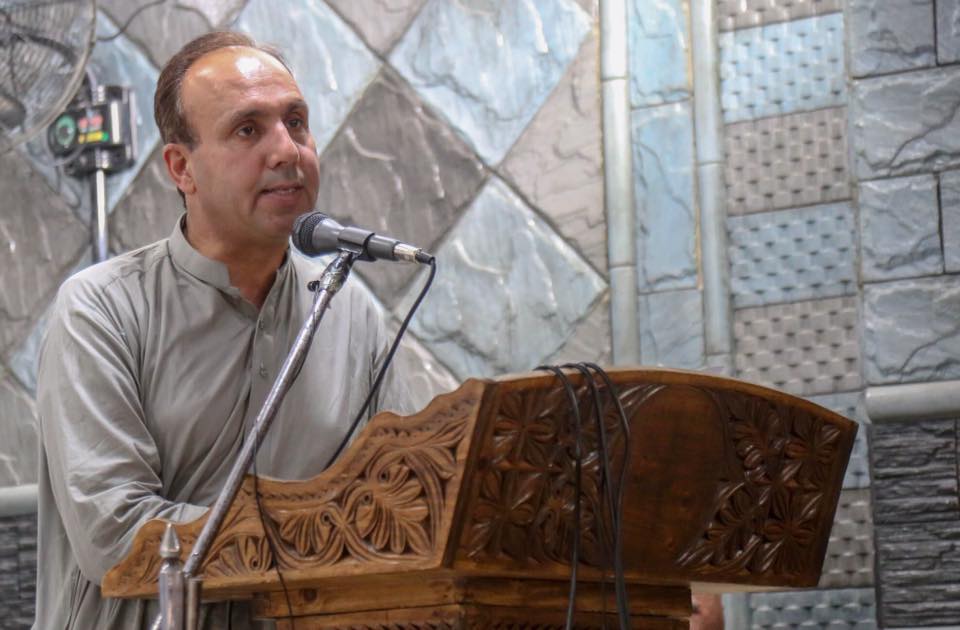 The beautiful valley of Swat has a unique place in the fields of education and literature. It has produced great intellectuals and scholars. But in this land of amazing beauty, civilizations are forgotten.

Various religions have flourished here, and this land has seen their rise and decline. The imprints of their culture can be easily seen in archaeological sites in Swat. Some of the relics are reflective of great inclination towards knowledge. From the Kuldanees to Aryans, Greeks to Mughals and the Britishers, all have left their marks on this land of Pakhtoons. The history of Swat has thus got a shape, reflecting cultural, economic, religious and political glimpses of these nations. We can easily judge from the various aspects of their lives the position of Swat in the files of education then.

Renowned historian, late Abdul Haleem Asat Afghani, in his “Swat Da Tareekh Pa Rana Kay”, says that of all the people who came to Swat, the Kuldanees left everlasting imprints of their culture on this land. The Kuldanees maintained sway over Swat from 2500 B.C to 500 B.C. The two inscriptions found from the archeological remains of Khadokhel, which belong to the age of Dareyoosh Kabir, are kept in Lahore Museum. The inscription point out that the relics of Kuldanee culture can be traced on the outskirts of Kanju.

Swat, in the past, has been home to Buddhism. Buddhism flourished in Swat and spread to other parts of Asia from here. This great progress became possible due to personal dedication of King Ashoka to Buddhism. During his reign, Buddhism spread to Japan, Tibet, China and Bhutan. Many monasteries have been found, where monks used to live. Some historians consider Swat as the center of Ghandhara civilization. Many eminent Chinese pilgrims came to Swat, and saw the monasteries here. They mentioned in their travelogues the cultural, political, religious and economical aspects of the people of those days. There were monasteries, in which Buddhist teachers imparted education to their students.

In 40 A.D. renowned Chinese traveler, Fahyan came to Swat through Hindu Kush and according to him, the religion practiced in Swat and Buner was Buddhism at that time. In 519 A.D. another Chinese traveler, Sangyun, visited Swat via Kafiristan. He writes in his travelogue: “ Buddhism is in full swing in Swat. At night bells are rung in monasteries in such a great number that the sound echoes on the whole valley. Monasteries are situated on the bank of the river Soto (now River Swat). Swat is a fertile land, and people are, by and large, farmers”.

In 630 A.D, another famous tourist Haven Tsang came to Swat through Kabul. He writes in his travelogue: “ Buddhism is on the decline in Swat. The monasteries on the banks of River Swat have been deserted”. Haven Tsang pays tributes to the people of Swat by saying that they are good – natured and industrious. The traveler from China was Viking, who came to Swat in 752 A.D, Hebecame a monk in a monastery.

The archeological remains and the travelogues of Chinese travelers show that Padma Samnwa, the prophet of the Buddhists, was born in Swat. It is also stated that Chinese traveler, Haven Tsang, took with him, from Swat, as many religious books as could be loaded on 40 horses.

International Buddhism University has published a book Udyana (the old name of Swat). The book was written by an old Buddhist ruler, titled as “ Udtana Peta”. Thus, it becomes crystal clear that Swat was the center of learning.

After Buddhist, Hindus captured Swat. Their contribution to education and literature is worth mentioning. The inscriptions of the days of Jay Pal Dev, found from the archaeological remains at Barikot, find a mention in book The Pathans. “ The inscriptions are in Sarda alphabet, written in Sanskrit”. It shows that during the reign of Hindus Rajas, Sanskrit was the language of Swat The name of River Swat has also been mentioned in Hindu’s religious book Rig Veda.

Famous conqueror Mehmood of Ghazna attacked Swat in 1100 A.D. By defeating the Buddhist ruler Raja Gira, he propagated the teachings if Islam in the area. An inscription has been found from an old mosque. The mosque was built by Mehmood of Ghazna in Odigram, Swat. The inscription, found in 1948, is in Arabic. In this way, the existence of Arabic in old Swat can also be traced.

In 1485, the Yousafzai tribe of Pathans, under the leadership of Malik Ahmad and Shaikh Milli, came to Swat and settled here permanently. Malik Ahmad was the chief of the tribe. He was a great statesman, historian, poet and scholar. He wrote two books in Pushto “Dafter-e-Milli” and “Fatah Swat”. Dafteri was a book of prose, which contained laws, and rules of distribution of land. This book was a guideline not only for Yousafzais but for the rest of Pushtoon also, so far as distribution of land was concerned. It is considered as masterpiece of the fourteenth century literature.

Fatah Swat was a book of poetry. It contained some very valuable information about the old history of Swat. Both these books are missing today, yet their existence has been confirmed by Major Roverti in his writings. Besides this, great poet of Pushtoons Khushal Khan Khattak has also mentioned in his poetry the “Dafter” of Shaikh Milli. He writes about this book in Swat Nama in the following words;

“There are two valuable and virtuous things (books) in Swat, one is Makhzan by Darviza and the other is Dafter by Shaikh Milli.”

In fifth century, Bayazid Ansari, called as Pir-i-Rokhan by his followers and Pir-i-Tareek by the opponents, wrote Khair-ul-Bayan. The book was in three languages namely Pushto, Arabic and Persian. One part of the book is autobiographical, while the other part is about the rules pertaining to the recitation of the holy Quran. Though this book is missing today, yet some of its pages are still available.

In 1050 AD great poet of Pushto Khushal Khan Khattak came to Swat. During his stay in Swat, he wrote “Swat Nama” in verse. It was a great contribution to Pushto literature in Swat. “Swat Nama” contains the geographical, cultural, political and historical aspects of the Swat of those days. We can get a lot of information about Swat of those days from “Swat Nama”. In 1624 AD a book “Tawareekh Hafiz Rahamat Khani” was written. This book is the summary of the Malik Khawaja voluminous book “Twareekh-i-Afghani”. Some very basic information about the old history of Swat is contained in the book. This book was missing for a long time. Latter on the book was found in British Museum, London and was send to Pushto Academy by the Britishers on request. This book was for the first time published by Pushto Academy in 1971.

Khan Roshan Khan translated the book in Urdu, and wrote by himself its detailed foreword, in which he has given some valuable information the history of Swat.

In 1849 A.D. Sayed Akbar Shah came into power and after his demise great unrest started in Swat. In 1914, Sayed Abdul Jabbar Shah became the king of Swat. The official language of Swat was Persian in those days Sayed Abdul Jabbar was himself a great scholar, poet and historian. He wrote many books on the history of Pathans and Swat. After Sayed Abdul Jabbar Shah, Miangul Abdul Wadood became the ruler of Swat in 1917. Though he had not gotten regular education, yet he had great regard for it. During his reign, a voluminous book of history was written by Asaf Khan. This book is a blind of old and new history of Swat. This book in a way is the autobiography of Badshah Sahib. This book of Asif Khan was source of information, for the letter writes, who tried to write on the historical aspect of Swat. In order to develop Pushto language and literature, Badshah Sahib (ruler of Swat) took the revolutionary steps by making the official Pushto language of Swat. Later on, many important books were translated into Pushto include “Anwar-i-sohaili”, “Tarkeekh Farishta”, “Fatawa Wadudia” and “Mezan Sarf”.

Fatawa Wadudia, which contains two volumes, comprises maters about Sharia and other social affairs. The book is written in ordinary language. Both the volumes contain 1180 pages, which were a guideline for every Qazi, in state times.

Mezanul Sarf was published in Persian. It is very useful book for the students of religious scholar the rule of Swat published all these books on government costs and were distributed free of cost among the masses.

In 1949 Badshah Sahib was succeeded by his son, Miangul Abdul Haq Jehanzeb was an educated person. He spread a network of schools in Swat. He maintained Pushto as the official language of the state. In the connection, the late director of Pushto Academy, Maulana Abdul Qadir, through his correspondence with Wali of Swat, inspired him to do due service to Pushto and the Wali of Swat took great interest in the development of Pushto. On coronation ceremony of the Wali of Swat, “Mushairas” used to be held. Eminent poets from Swat as well as other area participated in these “Mushairas”. Late Fazal-ur-Rahaman Faizan, a great poet of Swat, played a pivotal role in this regard.

A scientific and literary magazine was published for the first time from Jehanzeb College in 1949. It was published in three languages, Pushto, Urdu and English. The magazine was called “Eelum” this magazine has been publishing regularly. The services rendered by Shah Yousafzai, to this magazine, are worth mentioning. Sahar Yousafzai took keen interest in the magazine, to make it an ideal one for the generations to come.

The first newspaper published from Swat was the weekly “Falak Sair” by Miangul Farosh of Qandil. Later on by Mian Sayed Umer Nasih tried his best to moderate it.

Thus the land of Swat has produced great scholars. Hafiz Alpuri, a great Pushto poet, was one of them. He was a great religious scholar. His poetry no doubt , is masterpiece in Pushto literature. He is as popular as Rahman Baba and Khushal Khan Khattak among Pushtoons.

Among the modern poets of Swat, the names of Fazal-ur-Rahman Faizan, Saiful Malook Siddique, Zaibsar and Sahar Yousafzai are worth mentioning. These poets and writers have contributed a lot for the promotion of Pushto literature in Swat. Mohammad Pervesh Shaheen, Sher Afzal Barikoti, Fazal Mehmood Rokhan, Rahim Shah Rahim, Fazal Rabi Rahi, Laiq Zada Laiq and Ibrahim Shabnam are also playing an important role in this regard. 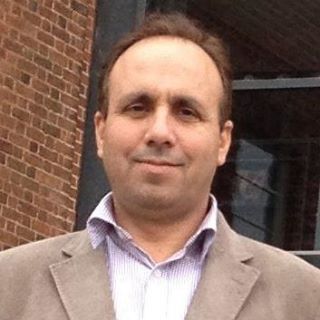 Fazal Rabbi Rahi
Fazal Rabbi Rahi is a prominent writer, poet and publisher from Swat. He has published numerous articles that cover different aspects of Swat valley. He has written seven books so far. His work is primarily on history, promotion of tourism and the recent insurgency in Swat. He is the owner of ‘Shoaib Sons Publishers & Book Sellers’ that has published more than 300 hundreds books so far in different languages. He is a renowned columnist and has been writing for different Newspapers. His Columns written during insurgency in Swat are worth reading and has great historical importance. He at present writes for Daily Azadi, Daily Jang (London), Humsub (Website) and Daily Nayi Baat.
× 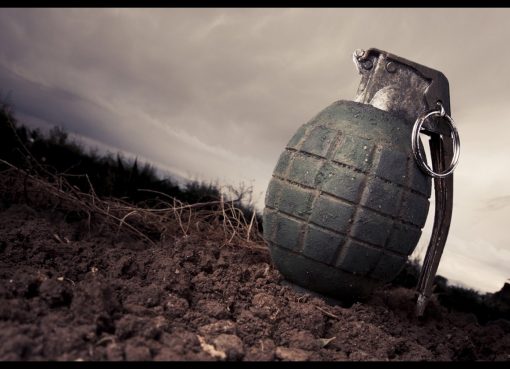 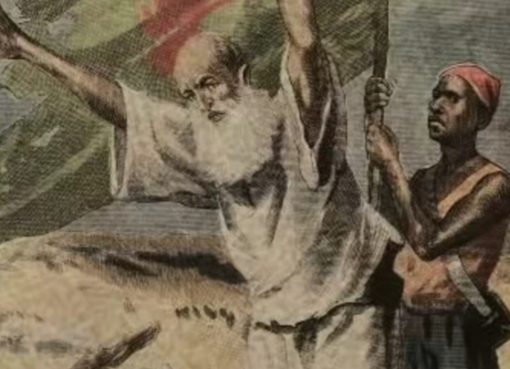 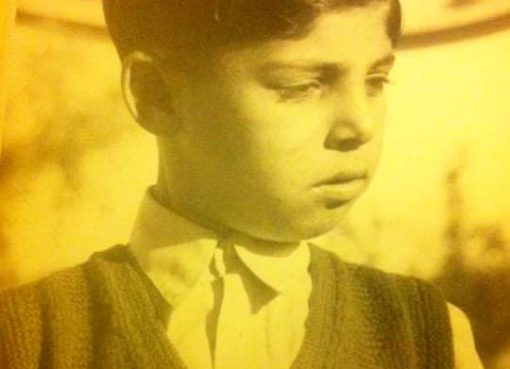