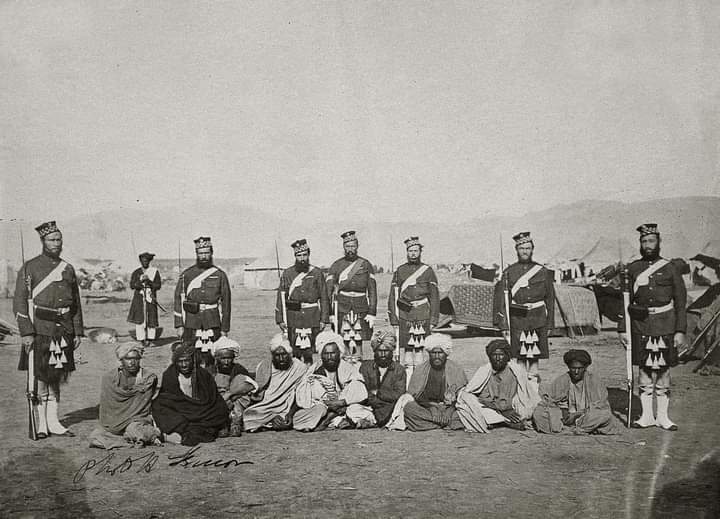 On the following morning, the 20th October, the Umbeyla Pass was entered, and by noon the kotal: mas reached without any resistance to speak of ; but, from information brought in, it was evident that any further advance would be stoutly opposed. The road turned out to be much more difficult than had been anticipated, and the hurriedly collected transport proved unequal to the strain. Not a single baggage animal, except the ammunition mules, got up that night; indeed, it was not until the morning of the 22nd-more than forty-eight hours after they started that the rear guard reached the kotal, a distance of only six miles. As soon as it arrived Colonel Alex. Taylor, R.E., was sent off with a body of Cavalry, under Lieutenant Colonel Probyn, to reconnoitre the road in front. The delay in reaching the top of the pass had given the tribes time to collect, and when the reconnoitring party entered the Chamla valley the Bunerwals could be seen about two miles and a half off, occupying in force the range which I separates Buner from Chamla. Whatever may have been their first intention, they apparently could not resist the temptation to try and cut off this small body of Cavalry, for our horsemen on their return journey found a large number of the trusted Buner tribe attempting to block the mouth of the pass. A charge was made, but mounted men could not do much in such a hilly country ; the proceedings of the Bunerwals, however, had been observed from the kotal, and Major Brownlow,’ with some of his own regiment (the 20th Punjab Infantry), was sent to the assistance of the party. A hand-to-hand fight ensued, and the enemy pressed our troops closely on their way back, coming right in amongst them with the utmost daring.

There was now brought in to the Commissioner by a spy the copy of a letter from the Hindustani Fanatics, addressed to the Bunerwals, telling them not to be taken in by our assurances that our only object was to punish the fanatics, for our real intentions were to annex Chamla, Buner, and Swat. This letter no doubt aroused the suspicions of the tribes, and, encouraged by the slowness of our movements, they all joined against us from Buner, Mahaban, and the Black Mountain.

On the 23rd large bodies of men with numerous standards were to be seen approaching the mouth of the pass, and a day or two later a report was received that our foes were to have the support of the Akhund of Swat, which meant a most formidable accession of moral as well as material strength, and put a stop, for the time being, to any possibility of a successful advance being made with the force at Chamberlain’s disposal.

The position occupied by our troops mas enclosed on the left (west) by the Guru Mountain, which separates Umbeyla from Buner, and on the right (east) by a range of hills, not quite so high. The main piquet on the Guru occupied a position have some precipitous cliffs known as the Eagle’s Nest, while that on the right was designated the ‘Crag piquet.’ The Eagle’s Nest was only large enough to accommodate 110 men, so 120 more were placed under the shelter of some rocks at its base, and the remainder of the troops told off for the defence of the left piquet were drawn up on and about a rocky knoll, 400 feet west of the Eagle’s Nest.

Some 2,000 of the enemy occupied a breastwork on the crest of a spur of the Guru Mountain; and about noon on the 26th they moved down, and with loud shouts attacked the Eagle’s Nest. Their matchlock men posted themselves to the greatest advantage in a wood, and opened a galling fire upon our defences, while their swordsmen made a determined advance. The nature of the ground prevented our guns from being brought to bear upon the assailants, end they were thus able to get across the open space in front of the piquet, and plant their standards close under its parapet. For some considerable time they remained in this position, all our efforts to dislodge them proving of no avail. Eventually, however, they were forced to give way and were driven up the hill, leaving the ground covered with their dead, and a great many wounded, who were taken into our hospitals and carefully treated, while a still greater number were carried off by their friends. Our losses were, 2 British officers, 1 Native officer, and 26 men killed; and 2 British officers, 7 Native officers, and 86 men wounded. 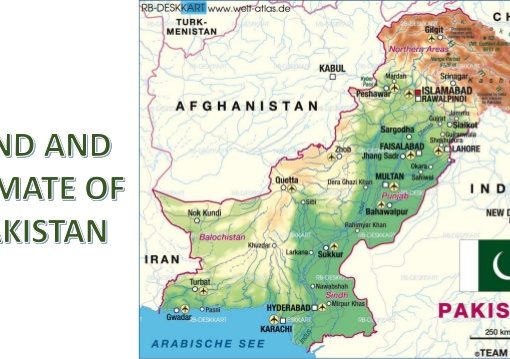 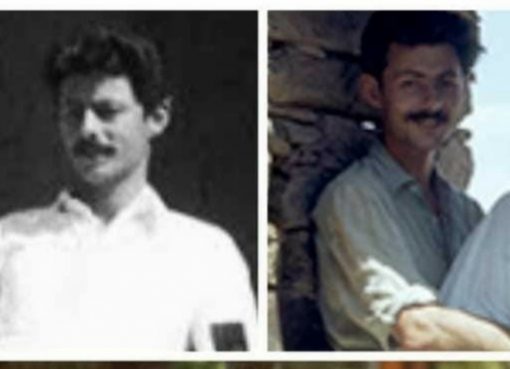